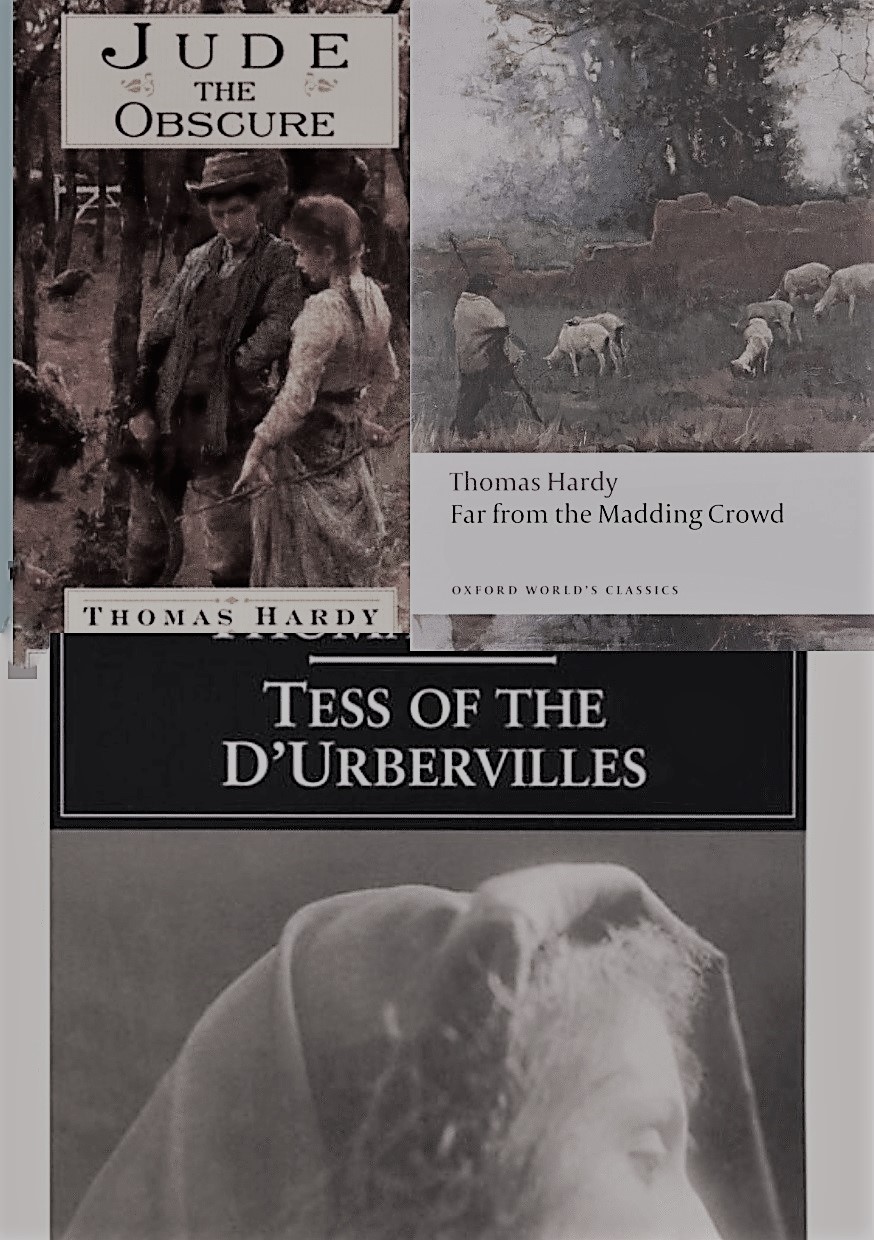 My first book by Hardy was Tess of the d’Urbervilles and the last one Jude the Obscure and then I knew I wouldn’t read another Hardy for a long time.

During late 1800s, Thomas Hardy was the sole British author who dared to tackle several sensitive issues in his novels: sexual morality, legal status and holiness of marriage, the loss of religious faith, a person’s lone struggle to fight the isolation when they chose to go against the larger, accepted social norms (Sue in Jude the Obscure). I admired Sue Bridehead in Jude the Obscure for her unconventional ways, but that was the extent of my admiration. His protagonists are born with bad luck and they carry it throughout their lives with them like a lucky charm. In normal stories, some bad happens and people learn from their failures and rise again. In Hardy’s books, if something bad happens, you got to keep a box of tissues ready because that’s just the beginning. The worst is going to arrive soon and Hardy wouldn’t stop at that; Hardy is not the type of guy who would just stop at the glass half empty. He has to empty the glass completely.

Despite loving his writing, his honest elucidations on things, I couldn’t just take anymore of his gloomy reflections on life, on love, on everything. But his poems … I love these. They are lovely. Maybe because a poem is so short and in a few plain words explains all that which seems totally inexplicable! 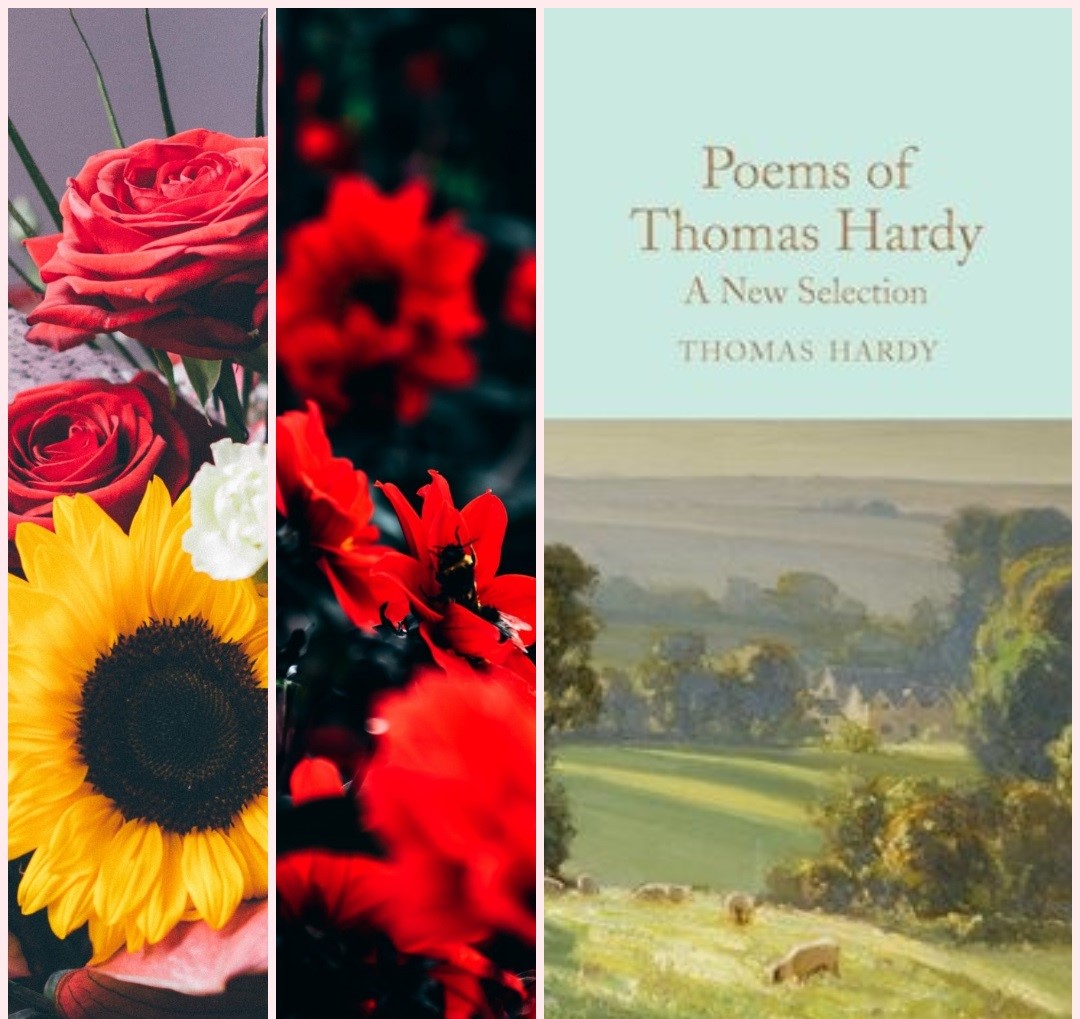 Here are three of my favourites.

A bleak take on love and a doomed relationship, Neutral Tones is a Thomas Hardy in every way —beautiful and soulful.

We stood by a pond that winter day,

And the sun was white, as though chidden of God,

And a few leaves lay on the starving sod,

—They had fallen from an ash, and were gray.

Your eyes on me were as eyes that rove

Over tedious riddles solved years ago;

And some words played between us to and fro—

On which lost the more by our love.

The smile on your mouth was the deadest thing

Alive enough to have strength to die;

And a grin of bitterness swept thereby

Since then, keen lessons that love deceives,

And wrings with wrong, have shaped to me

Your face, and the God-curst sun, and a tree,

And a pond edged with grayish leaves.

‘Thoughts of Phena, At News of Her Death’

Not a line of her writing have I,

Not a thread of her hair,

No mark of her late time as dame in her dwelling, whereby

I may picture her there;

And in vain do I urge my unsight

To conceive my lost prize

At her close, whom I knew when her dreams were upbrimming with light

And with laughter her eyes.

What scenes spread around her last days,

Did her gifts and compassions enray and enarch her sweet ways

With an aureate nimb?

Or did life-light decline from her years,

Her full day-star; unease, or regret, or forebodings, or fears

Thus I do but the phantom retain

Of the maiden of yore

As my relic; yet haply the best of her – fined in my brain

It may be the more

That no line of her writing have I,

Nor a thread of her hair,

No mark of her late time as dame in her dwelling, whereby

I may picture her there.

I leant upon a coppice gate,

And Winter’s dregs made desolate

The weakening eye of day.

The tangled bine-stems scored the sky

And all mankind that haunted nigh

Had sought their household fires.

The land’s sharp features seemed to me

Its crypt the cloudy canopy,

The ancient pulse of germ and birth

Was shrunken hard and dry,

And every spirit upon earth

At once a voice arose among

In a full-hearted evensong

Had chosen thus to fling his soul

Upon the growing gloom.

So little cause for carolings

Of such ecstatic sound

Was written on terrestrial things

Afar or nigh around,

That I could think there trembled through

Some blessed Hope, whereof he knew,

And I was unaware.

Neena  lives in Edmonton, Canada with her husband, two children, a highly energetic German Shepherd, and a lifetime collection of her favorite books.

A hermit at heart, she’s a permissive mother, a reluctant housekeeper, a superb cook, and a hard-core reader.

Tied to Deceit is her debut novel.